Here’s a report about how a female elephant escaped a circus warehouse and then wandered into a highway, where it was struck and killed by a passenger bus.

Interestingly the note talked about how the elephant “caused” the accident. I think that any bus driver in decent conditions would be able to spot a 5-ton animal a MILE away and behave accordingly.

So that’s how a 40-year life was ended because the driver just “didn’t know what to do”. In a way, I’m almost glad the driver also died from the impact.

And that’s just a taste of how poor Mexico’s wildlife culture really is. Nobody cared about the elephant really, and if this can happen to such a beast, imagine the hard time other animals are having here : cats, dogs, cattle, horses.

Clearly, Mexico is a lousy country to be in, even for an animal. And today that has turned into tragedy.

A few days ago we went to Burger King to buy some cheezburgers. Once inside we witnessed something quite bizarre: about half of the people in the kitchen were seniors, perhaps starting at 70 years old. Here they were, working their asses off to crank out burgers as fast as possible, looking bleary and tired. a 40-something woman was bossing them around and asking them to move faster. Hey, it’s lunch time so things can indeed get pretty hectic.

At first I’d think that it’s great that these people, who probably  wouldn’t have found any other job, can get an opportunity at Burger King. Actually I’ve seen elderly people getting very low-key jobs, like janitoring or burger making, and while it’s a bit depressing, it’s also good that they can get jobs at that age.

Then again, most civilized countries have some sort of policy to take care of their elders. Even here in Mexico we’re supposed to have pension plans (AFOREs, a whole mess where you actually are investing your money on a losing portfolio, but can do nothing about it), government support for the elderly (local support amounts to MXN $700.00 a month, federal government gives a similar amount I think) and in a worst-case scenario a family should be able to support their elders.

So what’s happening? the fact is that those aids are insufficient and elders are forced to go looking for jobs speaks badly about Mexico and its policy regarding the elderly. So here I am working my ass off to survive in this country, and come retiring time, I won’t have enough savings to support myself; government policy to ensure I do have savings is flawed so there’s no guarantee, the economic situation is such that even my children might have a hard time maintaining me, and even relief programs giving a token amount of monthly aid are grossly insufficient, due to the country’s bad economic situation where the aid is hardly enough to purchase basic foods.

So the usual questionis, do we really want to live in a country that’ll be this thankless and ruthless to even an elderly person who shouldn’t have to work his ass off just to scrape by at the end of his life? … as usual the answer is up in the air.

I’m officially beginning my long overdue series on reasons for us to migrate away from Mexico. Because if you look at it objetively, we are making a decent living with few worries or fears. But sometimes things happen that shake you to the core, and once you analyze them, you realize they should not happen in a country with Mexico’s “specifications”. So why is everything failing in this country? I mean, it’s not Zimbabwe with its rampant inflation and eternal crysis, not Iraq or Afghanistan, ravaged by war; it’s not even the USA, theoretically we shouldn’t live in fear, as we have no terrorism or worldwide hatred against us. So the point here is to present those events that, as they happen, show the things that everyday citizens like us see that are wrong in Mexico, and make us wonder why are we putting up with all this. What do we get out of the bargain? and the answer, more and more often is, “nothing, really”. And the follow-up question is : why are we here? Indeed, the point of the series is to eventually find an answer to these; but I suspect that we will not, as so many things in this country that go unanswered. 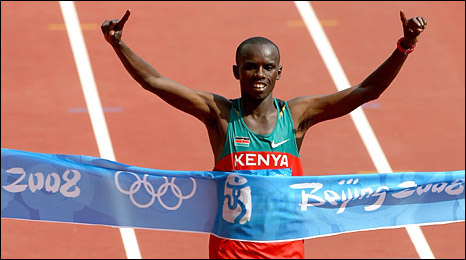 END_OF_DOCUMENT_TOKEN_TO_BE_REPLACED

What’s the point? even studies in the USA find out that DST actually costs more money than it saves. If it’s so ineffectual in northern latitudes, what the freaking hell are we doing following DST here in Mexico?

A study performed in the state of Indiana found out that DST costs upwards of 7 million dollars, money that wouldn’t be spent if there was no DST. Here in Mexico the benefits have always been marginal at best; particularly since as consumers, we see no benefit at all; my electricity bill hasn’t shown a reduction due to DST. I’ve always held that a measure with such a high social cost absolutely needs to carry a tangible benefit for the average person; I don’t care if the government were able to defer infrastructure investments or the state-controlled electricity companies saved a huge amount of money; I care about my power bill not decreasing, while at the same time I have to suffer having my bio-clock all messed up for 6 months at a time. Yes, there are those of us who don’t adjust after a week or a month; I’m still having trouble getting up in september and days seem to last less while under DST.

And I mean, if all of Mexico is more southern than Arizona, and Arizona doesn’t observe DST, why the goddamn hell do we? huh?

Gas prices suck. Most everyone knows this, but the situation in Mexico is really byzantine.

In order to help their finances, the government has been increasing gas prices since Zedillo’s presidency (1994-2000). The increase has been slight, one cent per month. However, during Calderón’s period, the increases have been more frequent and more expensive, as the useless government increases its greed and ineptitude, having the common people pay for it. During September alone, we’ve had something like 6 increases, and more than 20 since the year started. Gas has increased from 6.40 pesos a liter in 2006, to 7.40 in 2008.

Why is this happening? the government tells us that the gas they sell to us is subsidized; since they have to buy it from the USA at high prices, and that the increases are meant to level our gas prices with those of most countries. Then they have the gall to claim that Mexico’s gas is among the world’s cheapest. What a load of crap!

For starters, as long as they are importing fuel, they might as well buy it from Venezuela, where gas prices are a low 33 cents per liter. Buying from the USA is stupid, since they buy most of their oil from Mexico anyway. So yes, indeed the most reasonable solution would be to build a few refineries here in Mexico and produce nationally. After all, the government should be sharing the country’s resources with the population.

Then there’s the matter of oil prices. Oil goes up in price and the gas goes up as well. However, here in Mexico, things are so backwards that, when oil goes down, gas keeps going up. What gives?

Finally, those who compare gas prices in Mexico to other countries and find they’re similar, are missing one very important point: most of those countries have salaries that are way higher than in Mexico. So what good does it do that mexican gas is 10% cheaper than USA gas, when my salary is 1000% lower?

To add insult to injury, here in Mexico City owning a car is more of a liability than an advantage. You pay a fortune in gas and ownership taxes, but environmental programs forbid you from using your car several days a month (where’s my tax break for this?). When you do get to drive your car, you do so at a snail’s pace; estimates say that the average circulation speed is 15 km/h; a bicycle would be faster. But of course, the lack of road culture means riding a bike everywhere is tantamount to suicide. To top it off, either while driving or with your car safely “parked” in front of your own house, you risk being mugged, carjacked, or having your car vandalized for no apparent reason.

So there you have it; Sarcastically, I think the government’s plan is to make cars too expensive and troublesome to maintain for everyone, so that we have to travel by bike or on foot. Yeah sure, then Mexico will be at the forefront of environmental awareness! Give. Me. A. Break.